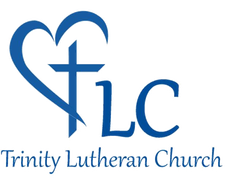 "Whereas, there are no Lutheran services in the English language in the city, except those held every alternate Sunday in the evening during the college school year in the Swedish church, and these services do not appear to meet the wants of Lutherans in and around the city, therefore,

We, the undersigned, think it is advisable and necessary for the welfare of the English speaking Lutherans and the future Lutheran church of this city, that English Lutheran services be held every Lord's day morning, if possible.

Resolved, that we here present do now organize ourselves into an English Evangelical Lutheran congregation; and that the name of this congregation shall be known as First English Lutheran Church of St. Peter....."

Historical Sketch
1893    The Sunday School held its first picnic at Lake Emily, an outing for the whole congregation with fully 200 present
1895    At the first formal meeting it was decided to build a church
1896    Original church completed with 175 total membership; 61 confirmed; 140 in Sunday School. Entire cost: $4,000.
1900    The new century begun with ringing bells and shooting guns, was one of the most prosperous of all the nine years of the history of the congregation with 200 enrolled in Sunday School; 40 in Ladies' Aid; 232 total confirmed members.
1916   The congregation changed its constitution so as to permit its women to vote in all church affairs, "a progressive step."
1932   The original church, enlarged and remodeled, was dedicated. Entire cost: $12,759.89.
1936   Church name changed to Trinity Lutheran Church.
1939   Church steeple removed.
1943   Trinity congregation declared its parish "debt-free" and the mortgage was officially burned with 500 adult members, 100 in Sunday school.
1955   Parish hall built.
1988   Old church was razed for ground breaking of new church.
1989   Present church was dedicated. Entire cost: $1,002,412.00.
1998   Tornado strikes city of St. Peter with Trinity damaged, but left standing.
1999   Trinity's renovation and new addition are completed leaving a cost of approximately $475,000 after insurance coverage. "Lift the High Cross" campaign was implemented to obtain funds for the present and future needs of our growing congregation. The faith community has prospered to 1,591 confirmed members and 190 in Sunday School.
​2000   New paraments on altar and pulpit designed and made by Evonne Wise as memorials to several Trinity members.
2001   Trinity Lutheran Church website created.
2006   Began using Evangelical Lutheran Worship as the worship hymnal.
2008   Trinity began hosting “The Kitchen” which was created by some of the congregation’s senior high youth.  Also, AA and Al Anon began meeting at Trinity.
2013   Trinity Lutheran Church receives the Servant of Christ Award from Lutheran Social Services for serving the “larger community”.
2016   The church building is refreshed by painting and installing new carpet. Baptized membership is 1,105 and there are 183 youth in Sunday School and Confirmation classes.